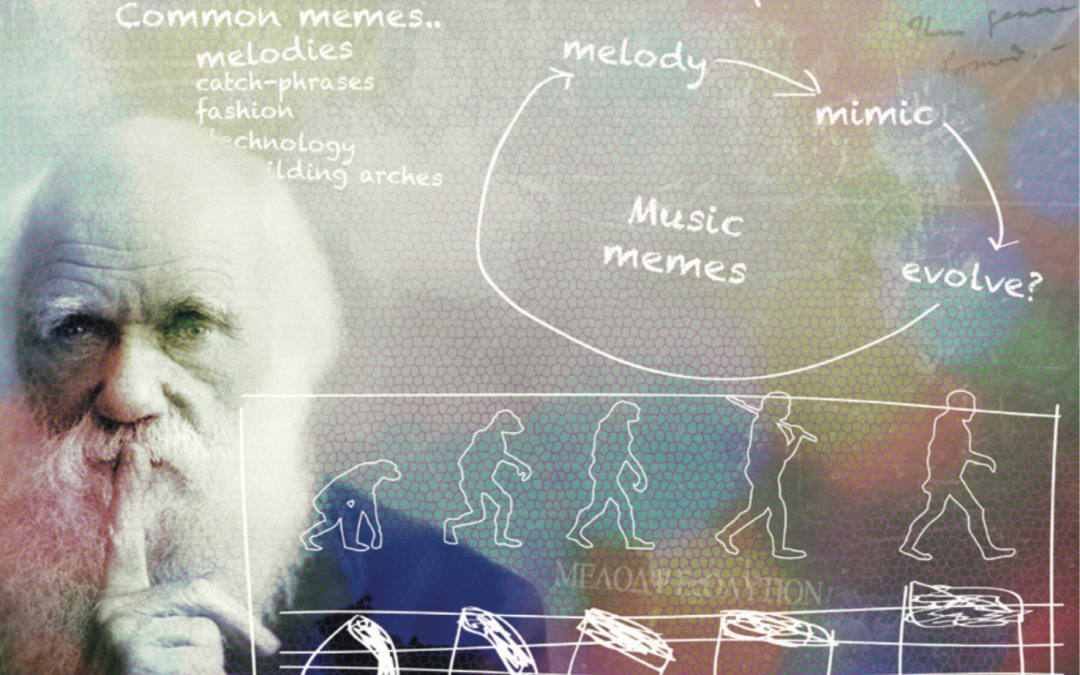 For the 2012 GOGBOT festival an installation has been created that is called MEME evolution – Tune in. Memes where the GOGBOT theme that year. MEMES are a collective and cultural memory and recognition. In western world the word meme is made famous by the annotated 9gag images.

The broader meaning of a meme as defined on the MEME page of Wikipedia is that “A meme is an idea, behaviour or style that spreads from person to person
within a culture”. This transmission from one mind to another can be done through writing, speech, gestures, rituals or other imitable phenomena. So not only trough the World Wide Web. The word meme is derived from “something imitated” in Greek language. Common examples of memes are melodies, catch-phrases, fashion and architecture. Memes evolve due to a process of variation, mutation, competition and inheritance, each of which influence a meme’s reproductive success.

After some researching and brainstorming, me and my project group came to the conclusion that, next to the Internet memes, that are most obvious nowadays, music is one of the best illustrations of a meme. Melodies occur or are created and if they are catchy or beautiful people remember them and even make variations on it or imitate them. This process can stretch itself for centuries. For instance, the brilliant and famous composer J.S. Bach derived lots of the chorals that are in his cantatas from melodies ‘of the street’, well known in that time. This provided landmarks in the sometimes rather complicated music. These corals have been performed trough the centuries and nowadays still are. Also variations are made within very different music styles.

This is what this project installation demonstrated: the spreading and evolving of a melody. It is a cut out illustration of this phenomenon.
The spreading part is forced by asking people to mimic a melody we will provide them or that is provided by the person before them.
The evolving part may happen due to different reasons like a bad musical hearing, a bad memory, distraction or noise but also by seeming recognition and habituation to the melody structures from a certain culture or music style.
This evolution of the melody will be shown by actually letting people hear them after each other and by mapping the differences or similarities visually. Why people hear the sequence of melody mimics they will also see the person that mimics it. This might give viewers an idea what kind of person this is and why he or she influences the melody in his or her way. Showing the evolution these ways entails the message that people nearly always slightly affect memes they spread unaware or maybe aware. All participants have their influence, no matter if some one else finds it for the good or bad.

The processing and visualization of the input and evolving music is done using Processing programming and Resolume VJ software.