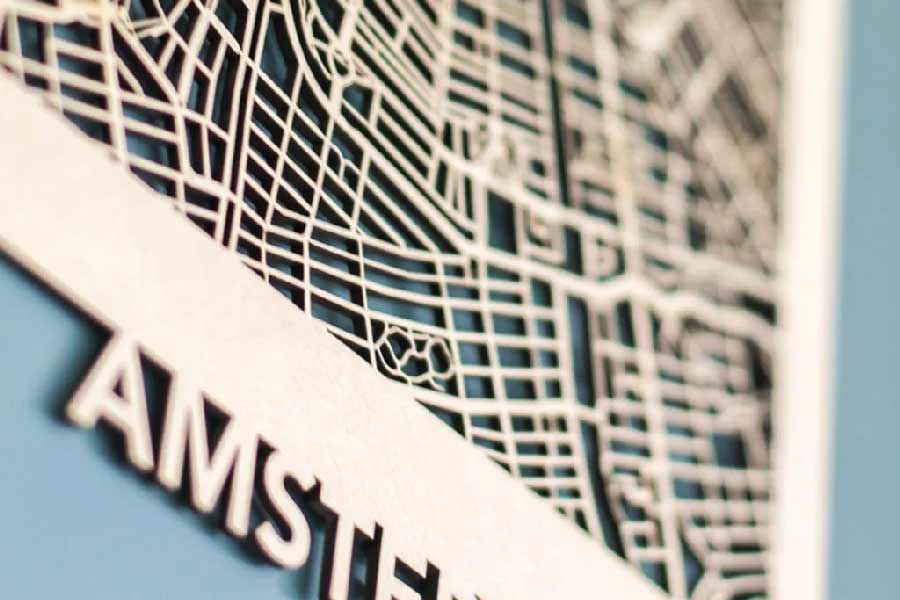 Having MAACKT up and running for a couple of months I started looking into the possibility of making citymaps cut out of wood. After some research I learned that no-one was doing this thus far whilst printed citymaps were gaining popularity. Some further research and prototyping helped to make the digital drawings in a way that was commercially viable. April 2016 the first citymap (of Dordrecht) was presented on social media. This was received very well.

Once more citymaps where introduced and promoted on social media it became clear that this was something to pursue. MAACKT received way more orders and attention than I could handle. The only possible solution would be to either stop MAACKT or to invest and buy my own machinery. This is where MAACKT changed from a study sidetrack to a serious business. Getting financed, meant having a proper business plan. Another challenge I had to overcome was researching and finding the right machinery and doing necessary modifications for power supply and fume extraction.

Today MAACKT offers several hundreds of citymaps that are each available in at least 6 different variations. Citymaps cover up to 90% of MAACKT sales online.